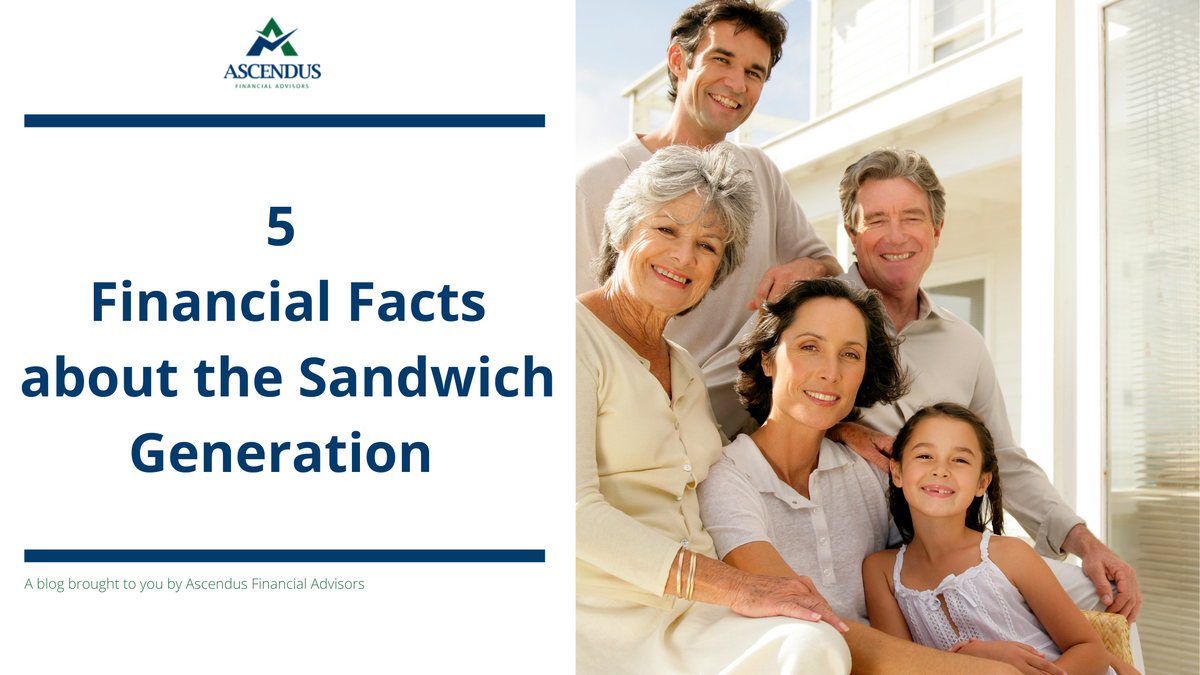 5 Financial Facts About the Sandwich Generation

The "sandwich generation" is the descriptive term for adults generally between the ages of 40 and 59 who are raising a minor child (or supporting a grown child) while also caring for a retirement-age or older parent. With financial pressures from both sides–the younger and the more senior–the prospect of saving for retirement while supporting a child and parent(s) may be intense.

Here are five surprising financial facts about the sandwich generation.

The Sandwich Generation Are No Longer Baby Boomers

The More Affluent You Are, the More Sandwiched You May Feel

The Sandwich Generation Are Twice as Likely to Experience Financial Stress

Among sandwich generation members who are providing support for a parent over age 65, only 28% of those surveyed reported that they were able to live comfortably. Over half of all respondents reported only being able to cover their basic expenses. More than 70% of those who were not supporting a parent said they were either living comfortably or covering their basic expenses with a bit left over.2

Most Sandwich Generation Support Goes to Children, Not Parents

In the 2013 Pew study, nearly three in four adults aged 40 to 59 provided financial support to at least one grown child in the previous year. This figure was far higher than the number of sandwich-generation members who provided financial support to a parent, which was around one-third.1 With rising housing prices and increasing interest rates, it may now be tougher for sandwich-generation members to fully support their adult children.

Physical Caregivers Tend To Be Women

In a statistic that may be unsurprising to many, women make up about two-thirds of those providing hands-on care to a parent over age 65.3 This statistic may have a significant financial impact on sandwich-generation women and their households. Hands-on care may require a woman to stop working in a demanding, higher-paying career, often during peak earning years, to provide this level of care to a loved one.

Nevertheless, 84% of physical caregivers reported that they were happy or very happy in their caregiver role.1

Content in this material is for educational and general information only and not intended to provide specific advice or recommendations for any individual.

All information is believed to be from reliable sources; however LPL Financial makes no representation as to its completeness or accuracy.

This article was prepared by WriterAccess.